The Fisheye Effect And Your Emotions: Why Correct The Distortion Of Your Photo

Home /Understand/The Fisheye Effect And Your Emotions: Why Correct The Distortion Of Your Photo
Understand | 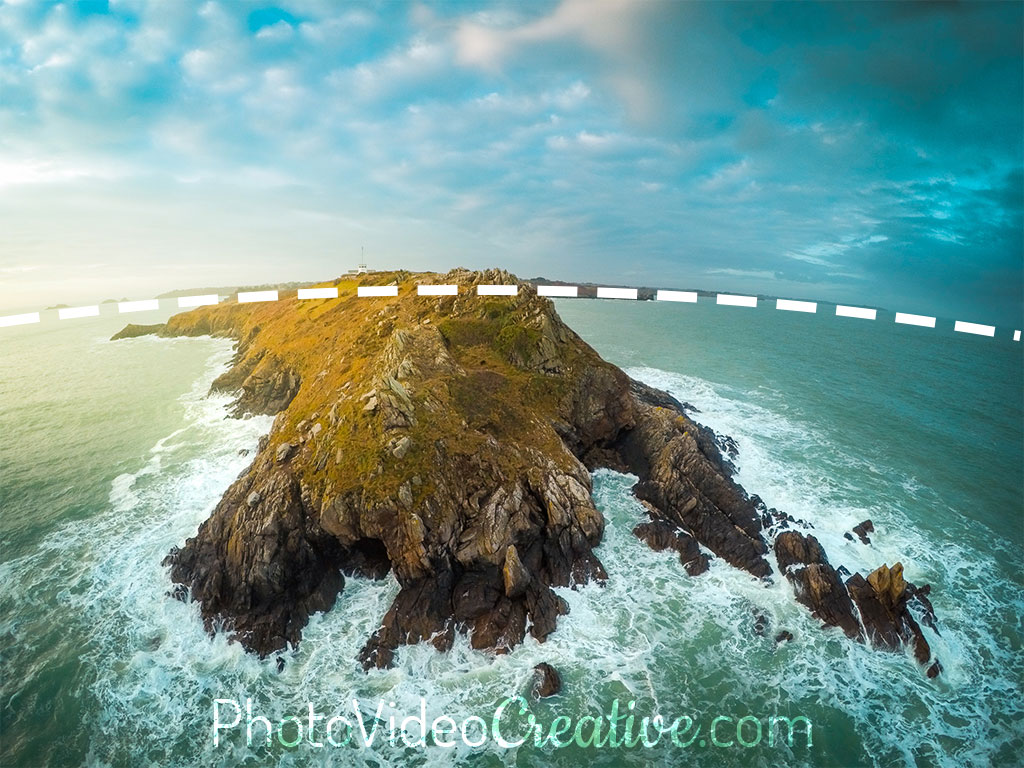 If you have a very wide angle lens or simply a GoPro action camera, you get distorted pictures with rounded lines. This is the famous “fisheye” effect or fish eye. Like anything out of the ordinary, this effect causes emotions. And they can serve or harm your emotions that you have sought to capture and share in your photo.

Succeeding in making remarkable photos means provoking emotions as close as possible as those you felt during shooting. Focused on the theory of emotions, I designed a 6-step method for learning photography first with what you feel. Development is the 5th step to achieve. Among the 6 major development techniques to know, there are the techniques for correcting the geometry of your photo: the correction of fisheye distortion is one of them.

Why The Fisheye Effect Does Not Seem Natural

The fisheye effect is obtained with a very wide angle lens that covers a field of view of nearly 180°. These are either specialized lenses that are found for DSLRs, or more commonly the lenses mounted on GoPro-type action cameras. Keeping a panorama so wide on the rectangular surface of the sensor creates a photo with a spherical deformation.

This deformation is totally normal if we follow the laws of optics. Yet our eyes are able to see almost 180 ° them too, but we do not see the same thing as our camera. It is our vision system that makes the image flat: our brain performs a distortion correction of the fisheye effect! For what reasons? Evolution has judged that representing our space in a linear way, rather than curved, was a factor of survival.

That’s why when we look at a photo with a fisheye effect, optical distortion does not seem natural to us. And anything out of the ordinary provokes emotions!

A Quick Reminder About The Theory of Emotions

Emotions Related To A Fisheye Effect

Because the fisheye effect is not natural to us, it can cause the following emotions:

But if the effect is very pronounced, then it can cause more negative emotions:

If these emotions are the mirror of what you felt and want to communicate in your photo, the fisheye effect is necessary and to be kept.

On the other hand, if all these emotions are contrary to what you have experienced and want to share, then you have to correct the fisheye effect distortion.

How To Correct The Fisheye Distortion Of Your Photo

Several photo development / editing applications like Adobe Lightroom offer optical distortion corrections. Their tools are often automated because they can recognize the camera and the lens that were used for shooting: you just have to press a button. This can give satisfactory results as mixed results. Indeed this type of correction can have 2 disadvantages:

If you have taken care of your frame at the shooting, the automatic correction can ruin your composition by amputating too much your picture.

A more advanced technique is possible with Adobe Photoshop and its Adaptive Wide Angle filter. The correction can be completely personalized and thus target only the deformation of the horizon line without trimming the photo.

Since the correction necessarily makes appearing empty areas, the content-aware filling tool must be used to complete the retouching.

Let’s Go On Together!

Learn how to photograph with my 6-step method to make your photos first with your emotions. a powerful and intuitive approach that minimizes tools and techniques to the background.

Then understand why development in photography is essential in the expression of your emotions and explore the different geometry correction techniques:

The Horizon Line and Emotions: Why Straighten Your Photo
The 3 Optical Distortions That Divert Your Emotions With The Geometry of Your Photo

This site uses Akismet to reduce spam. Learn how your comment data is processed.

Still and moving picture has became my favorite way to express my creativity. Up to the point of exposing and selling my fine art prints to important artistic events in Paris.
My paradox has long been that mastering the technique did not help to explain why a photo was remarkable.
But emotions were a revelation. They lead me to understand their fondamental role in the art of making photos.
This blog is the sharing of my discovery! Read more